Planning on escaping somewhere totally remote, wild and beautiful? Alaska and Greenland are two locations we think you should consider. Alaska is a wonderfully remote US state, right in the USA’s furthest Northwest extremities. The Mountainous terrain is home to 17 of the 20 highest mountains in the whole of America, including the Yukon River which is almost 2000 miles long and the third longest in the whole of the US. This stunning river meanders and winds its way over some of the most dramatic scenery on any luxury tour of Alaska. There are also a further 3 million lakes including the largest, Lake Lliamna at 1,000 square miles.

The borough and capitol Juneau sitting right in the South of Alaska bordering Western Canada. Interestingly, this city is not the most populated city throughout the country. Further North lies Anchorage, which is much larger and much more bustling. Anchorage is usually the city we would recommend you begin your journey around Alaska.

Alaska is famous for its volcanic activity, along with its stunning forests dotted around 100 active volcanoes and volcanic fields. Knowing this makes its quite a place for the adventurous types! The geographical timelines within Alaska are absolutely fascinating dating back to more than 2 million years. 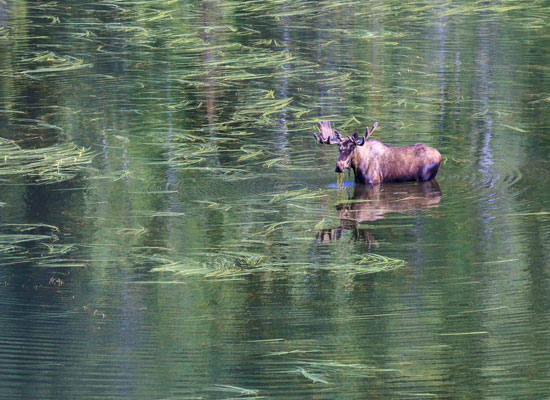 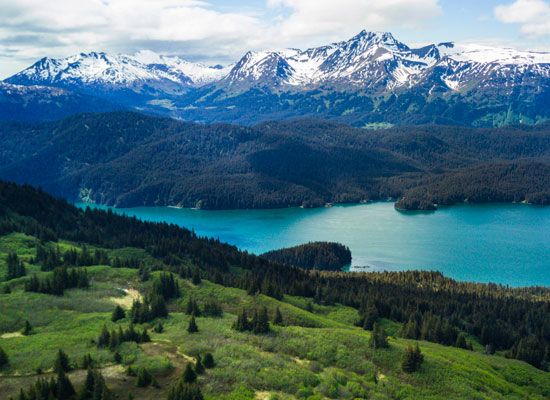 Within Alaska, there are around 3000 miles of rivers. Some of them have become legendary for their fishing potential and it is documented that the world’s largest salmon ever was caught on the Kenai River, weighing in at an impressive 97.5 pounds. Kanai National Park also offers some wild and pristine tours, and you feel like you really have reached the end of the world. Having more coastline than the rest of the United States, about 34,000 miles of coastline, it is also the only state to have a coastline in three different seas – Arctic Ocean, Pacific Ocean and Bering Sea. So, when planning a trip to Alaska, you are likely to spend a lot of your time in or on water! 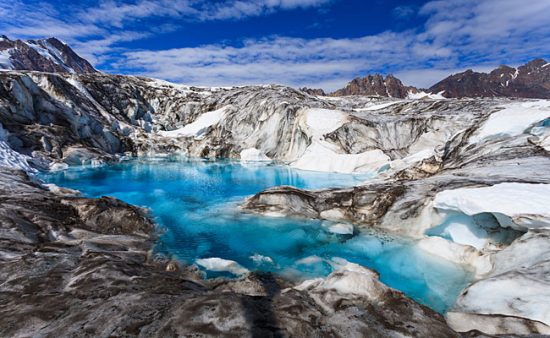 The Alaskan state sport is dog mushing which was once the primary mode of transport across the state. The Ilditarod Dog Sled Race is Alaska’s largest sporting event and attracts large crowds from across the globe – it offers a real picture of proper, authentic Alaska and takes place every year in March. Combining your adventure to Alaska around this time is something we would thoroughly recommend! 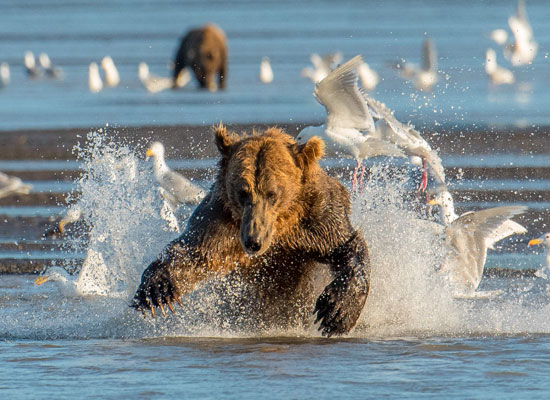 Famous for its broad range of wildlife – most notably bears (brown, grizzly, polar and black). Other remarkable species include caribou, wild bison and moose. There are believed to be around 30,000 brown bears alone in Alaska which makes up 98% of the population in the entire US. They are the top predators within the state and when seeing these majestic animals is nothing short of humbling and totally mesmerising.

There are 8 National Parks in Alaska and the best known is Denali where the famous and beautiful Denali Mountains are and also the highest point in North America. With just over 6 million acres, covering 9,500sq miles, Denali has an array of forests, bare rocks and glaciers. Most of the year, the park is covered in snow, so the use of dog sledding, cross country skiing and snowmobiling is a fun necessity. During late August, Denali is one of the best places throughout Alaska to see the Northern Lights.

We will continue our Alaska highlights in our next blog, but if you would like some more information about Alaska or Greenland, please get in contact. 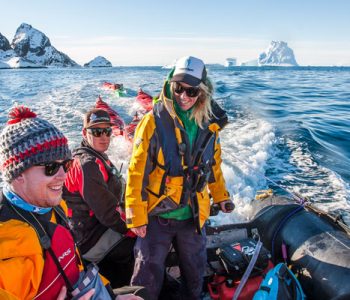 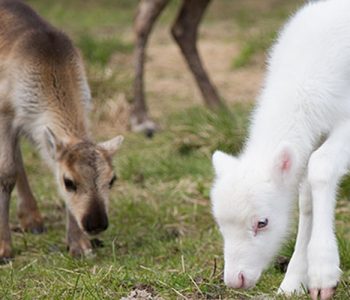 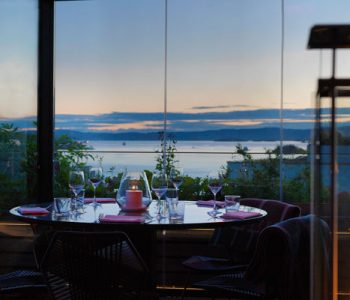