The Far North is one of Alaska’s five regions and encompasses the Arctic Circle, the North Slope and the Brooks Range. The area is very sparsely populated and offers complete wilderness. The main inhabitants of this area are Athabascan, Nunamiut and Inupiaq Eskimo villages. The area is renowned for its Gates of the Arctic National Park and Preserve which is an American National Park which protects much of the Brooks Range. The park is the second largest in the US and totals 8.5 million acres. The wilderness area also joins another National Park called Noatak Wilderness and together they form the largest continuous area of wilderness is the whole of the United States. Included within the park are six wild rivers, The Koduk is the longest at 280 miles (110 miles in the national park itself). Generally the national parks in this area of Alaska are considered to be remote, wild and full of adventures. They are also home to some extreme temperatures including a record low of -80.

Fort Yukon is a village in the Northern area and is predominately populated by Alaska natives. It has a population of around 600 people and sits on the banks of the Yukon River. Access to the village is primarily via air from Fairbanks and it gives an insightful look into the traditional Alaskan village. The village offers a good stop off before heading off to explore the Arctic National Wildlife Refuge.

The city of Barrow or Utqiagvik is a city in Northern Alaska which boasts a longstanding history. The Inupiat Heritage centre traces history and culture back the indigenous people and their different cultures. The city was crucial in the whaling business and the Whale Bone Arch near the 1893 trading station is there to remind visitors of their close relationship with the ocean. It is the furthest North community in the US and the sun does not set for 75 days during the Summer and not rise for more than 60 days in the Sinter.

The City of Nome is also in the Far North. This small city overlooks the Bering Sea and is a gold rush town. It offers a sense of real adventure and is home to the last great gold stampede in the history of Western America. These days people visit for various reason however the Spring bird migration is always a popular and a visually interesting experience. It is also the end point for the Iditarod Trail Dog Sled Race which is a world famous long distance dog sled race, starting in Anchorage and ending in Nome. The race is over 938 miles and takes between 10 and 15 days to complete. It is often described as the roughest but most beautiful race in the world. 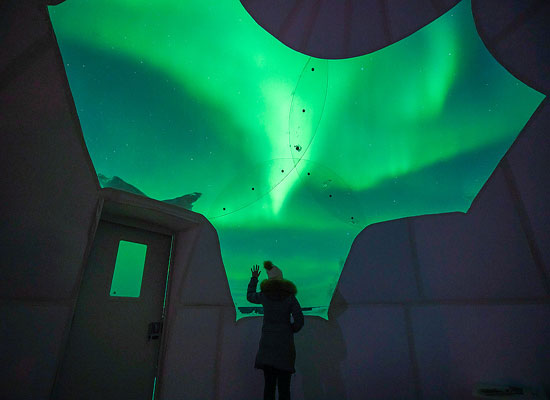 What you can do: Northern Lights, dog sledding, snowmobiling, hiking, ATV safaris.