Southern Sweden is renowned and famous for its rolling countryside, sandy beaches, traditional villages and endless miles of beautiful landscapes. Its primarily made up of four different areas, these are Skane, Smaland, Blekinge and Oland. Skane in particular is known for its high-quality farm land and has some of the richest agriculture in Europe. The area is therefore full of farmers markets and small scale artisan food production.

The area of Smaland is an interesting and traditional area with is famous for its red cottages, traditional food and glass and furniture design. The area is considered to be like a miniature Sweden. Of particular merit is the Store Mosse national park, which is a beautiful forest area between the picturesque towns of Jonokoping and Halmstad. The area offers outstanding walking, cycling, canoeing and horse riding. The area is also known for the Kingdom of Crystal which has been making glass in Smaland since 1742.

Southern Sweden is also the gateway to the beautiful island of Gotland in the Baltic sea. This UNESCO World Heritage site is accessed by ferry and offers visitors endless architectural points including medieval marvels dating back to the 13th century. It is believed that Gotland was a major viking trading settlement and benefits from 800kms of coastline and in parts has white sand beaches and azure waters.

In the South of the region is the small and friendly city of Malmo which has endless cultural attractions. These include the Modern Museet Mlamo which is one of Europe’s leading contemporary and modern art museums. It includes a stunning collection of international standing and attracts visitors from around the World. The city is also making a real name for itself in the fashion world and many of Sweden’s new up and coming fashion labels are based there. The city is also home to Malmofestivalen which is Scandinavia’s biggest festival which covers various different types of music and is enjoyed by any local families. The main beach in the city is Ribersborg which is 2.5 kms long and is enjoyed frequently during Summer by many of Malmo’s residents.

Southern Sweden also includes the city of Gothenburg which is the second largest city in Sweden and the fifth largest in the Nordic countries. The city is an amazing archipelago of 20 islands and offers a fast paced lifestyle combined with a clean environment and cobbled streets with endless history and charm. The city is renowned for its seafood and includes the world famous “fish church” which is a fish market hall designed by Viktor Von Gegerfeldt and completed in 1874. Due to the port in the city seafood has always been a big part of the local economy. The restaurants throughout the city offer fantastic seafood much of which has come directly from the port in the city. The city is also home to the largest science centre in Scandinavia which covers seven floors and includes a tropical rainforest. 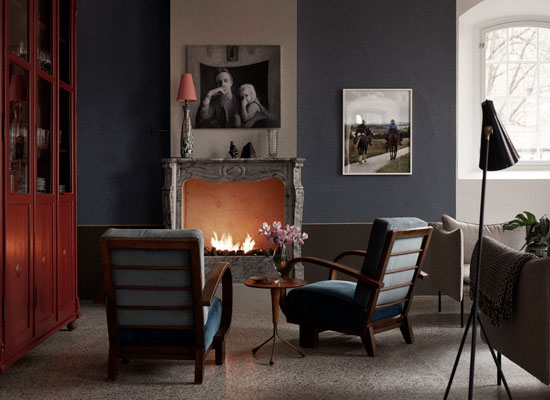 What you can do: Hike through the beech forest, explore the sculpture garden, relax and revive.