Northern Norway has been settled for thousands of years and has thrived on excellent fishing due to its relatively warm climate and ice free harbours. This multi-cultural area is occupied by Norwegians, the indigenous Sami people and the Norwegian Finns that are distinctly from the Forest Finns in Southern Norway. Historically this part of Norway was all but inaccessible it is today thanks to good road networks and small airports far more accessible. The area is renowned for its untouched and wild environment combined with quaint villages with multi coloured wooden houses. Here you will experience culture, reindeer and husky sledding and of course those mystical Northern Lights if you are very lucky – our lodges in Northern Norway maximise your chance of seeing the amazing lights on any luxury trip.

This area of Northern Norway consists of three distinct counties. These include Nordland, Troms and Finnmark. In total theses three areas represent 35% of mainland Norway. The most northern part is often described as the land of the Midnight Sun and the land of the Northern Lights – enchanting names for one of the most attractive holiday destinations in Scandinavia and The Arctic Circle. Further North from here is the Arctic archipelago of Svalbard.  The area is also host to Tromso Golf Club which holds the record for being the world’s most northerly course and gives people the opportunity to dive in the World’s strongest tidal current at Saltstraumen. In the Winter it also becomes one of the world’s best places for off-piste and cross-country skiing. Finnmark is Norway’s most Northerly point and well within the Arctic circle. It is the largest county in Norway at 47000 sq kms but the smallest in terms on inhabitants with a population of just 74,000. This remote area is the perfect place to enjoy the wilderness and is considered one of the best places in Norway to see the Northern Lights and experience the midnight sun during the Summer months. This does of course work both ways and between the months on November and January the sun rarely rises above horizon.

Helgeland is the most southerly area of Northern Norway and is bordered in the North by the Saltfjellet mountains and the Savartisen Glacier which form a natural border for the area. It is world renowned for its stunning mountains and hiking opportunities mainly on the famous seven sisters and Trollhatten mountains. It is also regarded as one of Norway’s best areas for sea Kayaking and Puffin spotting.  Off the coast of Helgeland is the Vega archipelago which are a cluster of a number of UNESCO protected islands. The area is full of bird life and is said to have almost 230 different species of birds. At Lanan in the Vega area you will find the largest farm of eider duck egg and down nests which have been awarded a sustainable destination certificate. The area is often referred to as one of the world’s top undiscovered hidden island gems and we love sending our guests up to this remote area on their luxury holiday. The Vega offers endless deserted beaches with white sand and crystal clear water – something you do not expect to find in Scandinavia.

Tromso is a city within Northern Norway and is the major hub above the Arctic Circle. The city is distinguished by its century old wooden houses and its Arctic Cathedral which was built in 1965. It has a thriving community and sits at the bottom of mount Storsteinen which at 421 meters offers stunning views over the city and beyond. The influence of the Sami people is particularly prevalent in food in the area and local cuisine can include Seawolf, Rose fish and of course the famous king crab which is a staple in the Sami diet. Reindeer farms also remain an important part of Sami Culture and are prevalent in the area – reindeer sledding here is a highlight on any holiday in Norway. It is also one of the main areas to witness the specular light display of the Northern Lights which are frequently seen in the Arctic sky across the Northern Norway region. For many the Winter fishing is also a big draw to the area and some of the world’s best deep sea fishing waters are found just off the coast of Northern Norway. In March every year both amateur and professional fisherman come to the Lofoten Islands for the Wold Championship Cod Fishing tournament. They have been known to catch 30 kilo giants which has in turn labelled Northern Norway as the cod capital of the world. 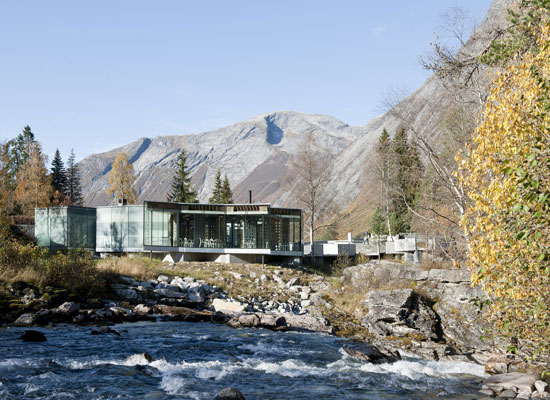 What you can do: Hiking through Norangsdalen (the most beautiful fjord in Norway), summit Slogen, kayaking, skiing, heli flips, boating, Alpine skiing, rafting, canyoning, river paddling. 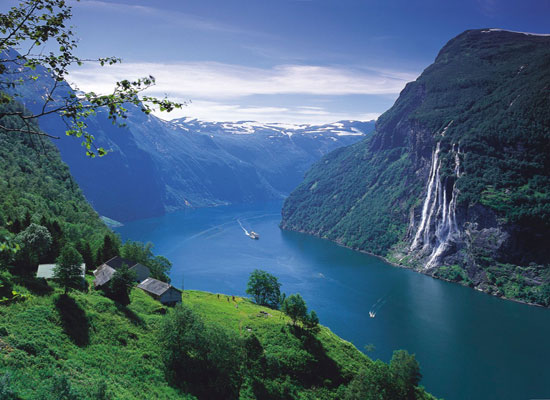 What you can do: Hiking through Norangsdalen (the most beautiful fjord in Norway), summit Slogen, boat/hike Geirangerfjord, kayaking, skiing, heli flips, boating, Alpine skiing. What you can do: Walk and stay at Camp Nikka wilderness camp, fishing in the fjords, hiking, cycling, Northern Lights, sauna, hot tubs, visit the Sami Rock Carvings.